It is a great loss to the MuseumPest group and the greater museum community as a whole that Robert E. (Bob) Child passed away earlier this week. Bob served as the Chief Conservator for the National Museum and Galleries of Wales for many years. His intimate working knowledge with collections and conservation led him to becoming a champion for integrated pest management in museums and historic houses. Bob got his bachelor’s degree from the University of Exceter and was trained as a chemist. He was originally a research chemist for the oil industry. During his career as a conservator, he was a fellow of the international Institute for Conservation and a fellow of the Society of Antiquaries. He was a visiting lecturer at the University of Wales, University of Durham, the Institute of Archaeology, ICCROM and the Science Museum.

Through his work on collections care, Bob gained respect and a wealth of knowledge on pest related issues in museums. This led him to being an advisor on pest control to the National Trust and an advisor on preventive conservation to English Heritage. Bob worked closely with the entomologist Dave Pinniger on many different museum pest studies over the years. Bob formed his own company, Historyonics, which allowed him to continue his consultation following his career with the National Museum and Galleries of Wales. Bob was free to share his knowledge on pest related issues with the museum community and did so through ongoing workshops and lectures at all of the large international IPM conferences such as 2001 & 2010: A Pest Odyssey, the 2004 Fumigants & Pheromones Conference in Copenhagen,  the IPM 2016 in Paris and most recently Bob shared his insight on pesticide regulations with the group during the IPM 2019 in Stockholm.

Bob Child was known to be an industry leader in museum IPM and his keen sense of humor and quick wit made him a joy to listen to during his presentations as well as when sharing a pint in the pub after the conference. He will be missed by all but we thank him for all that he has done for the MuseumPest community. 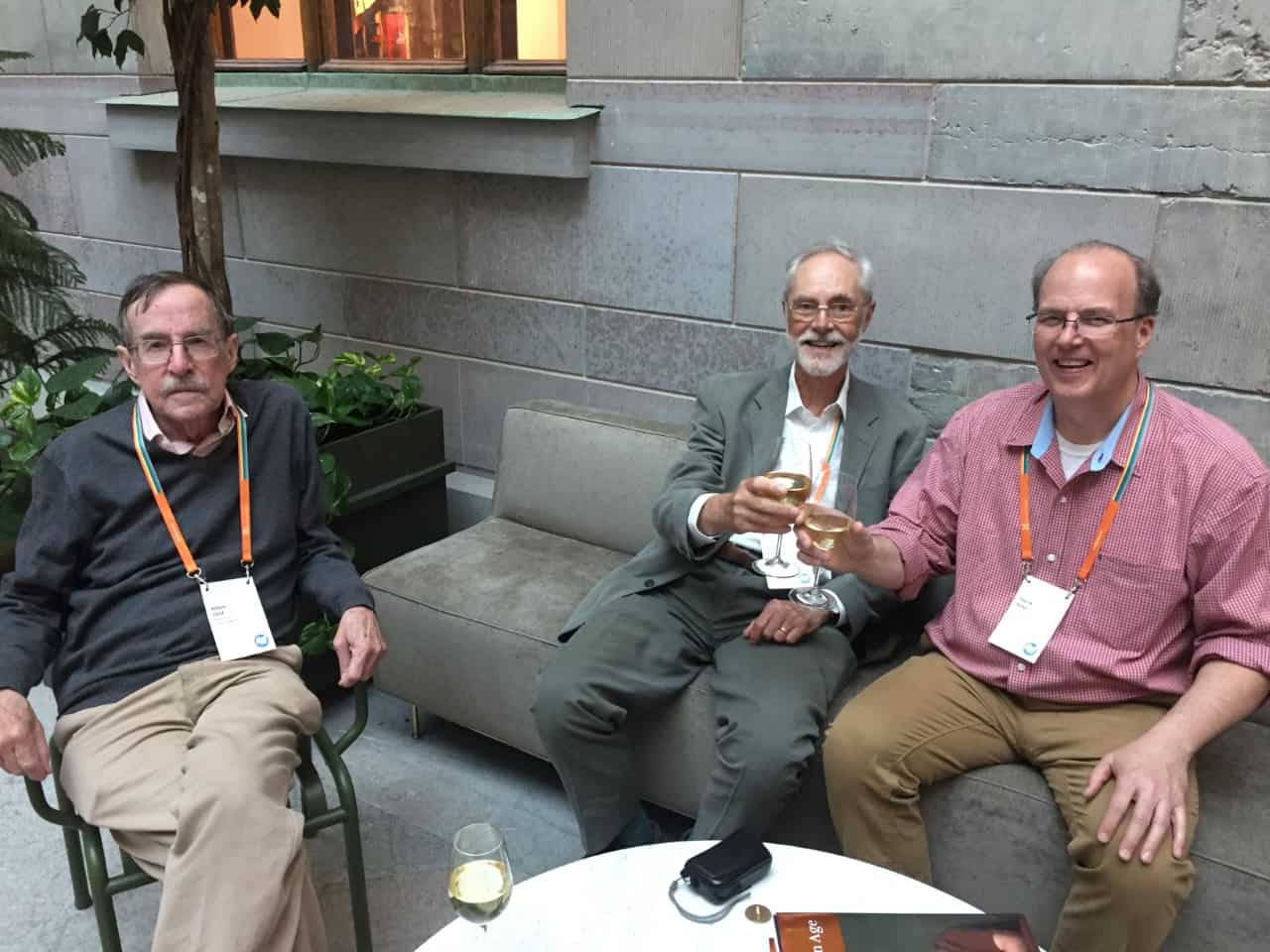 Robert E. (Bob) Child, left with Dave Pinniger (center) and Pat Kelley, right at the IPM 2019 conference in Stockholm in May of 2019